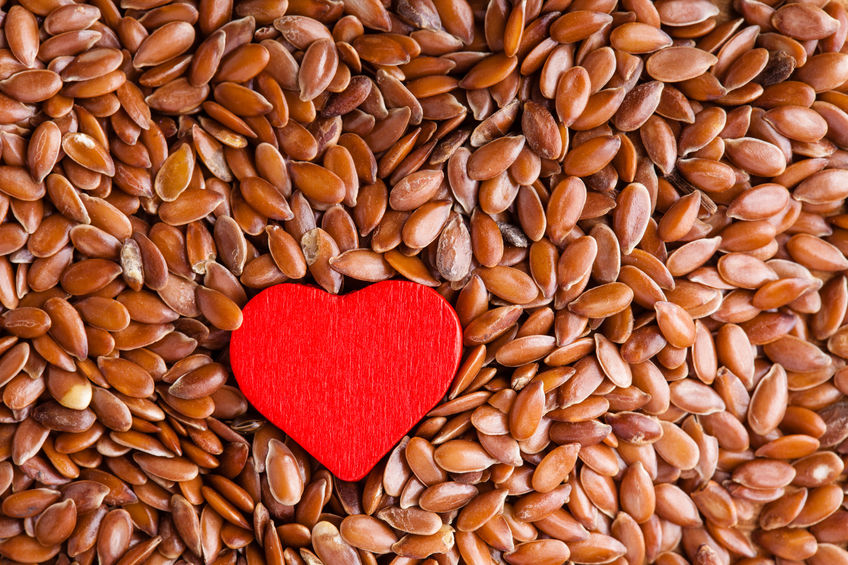 Only 4 tablespoons of flaxseed a day for six months results in significant improvement in blood pressure in patients with a chronic, progressive arterial disease.

Canadian researchers at St. Boniface Hospital Research Centre, Winnipeg, conducted a human clinical trial in order to test whether flaxseed would produce measurable improvements in patients with peripheral artery disease (P.A.D), a condition in which atherosclerotic plaque builds up in the arteries that carry blood to the head, organs, and limbs.

The prospective, double-blinded, placebo-controlled, randomized trial, included 110 patients who ingested a variety of foods that contained 30 grams (approximately 4 tablespoons) of milled flaxseed or placebo each day over 6 months. The purpose of their study was to “examine the effects of daily ingestion of flaxseed on systolic (SBP) and diastolic blood pressure (DBP) in peripheral artery disease patients,” as hypertension is commonly associated with P.A.D.

After six months, the results of the dietary intervention were impressive:

According to the study, “Patients who entered the trial with a SBP ≥ 140 mm Hg at baseline obtained a significant reduction of 15 mm Hg in SBP and 7 mm Hg in DBP from flaxseed ingestion.”

“[F]laxseed induced one of the most potent antihypertensive effects achieved by a dietary intervention.”

Flaxseed’s health benefits are as complex as the components of the remarkable seed itself. Each component, including its fiber, lignans and omega-3 fatty acids, possess unique health benefits. In fact, over the past decade, hundreds of studies have been performed on whole flaxseed and/or its parts, revealing their value in over 100 health conditions. Top on the list of clinically confirmed health benefits are its anti-breast cancer properties, but it also contains the following properties of value in cardiovascular conditions:

Other ways in which flaxseeds confer cardioprotective effects is through their anti-inflammatory activity, largely due to the abundance of omega-3 fatty acids they contain, and their fiber, which improves the elimination of oxidized lipids, cholesterol, fat-soluble toxins and hormone metabolites through its bile-binding action.

Disclaimer: This article is not intended to provide medical advice, diagnosis or treatment. Views expressed here do not necessarily reflect those of GreenMedInfo or its staff.
© March 10, 2019 GreenMedInfo LLC. This work is reproduced and distributed with the permission of GreenMedInfo LLC. Want to learn more from GreenMedInfo? Sign up for the newsletter here http://www.greenmedinfo.com/greenmed/newsletter.”