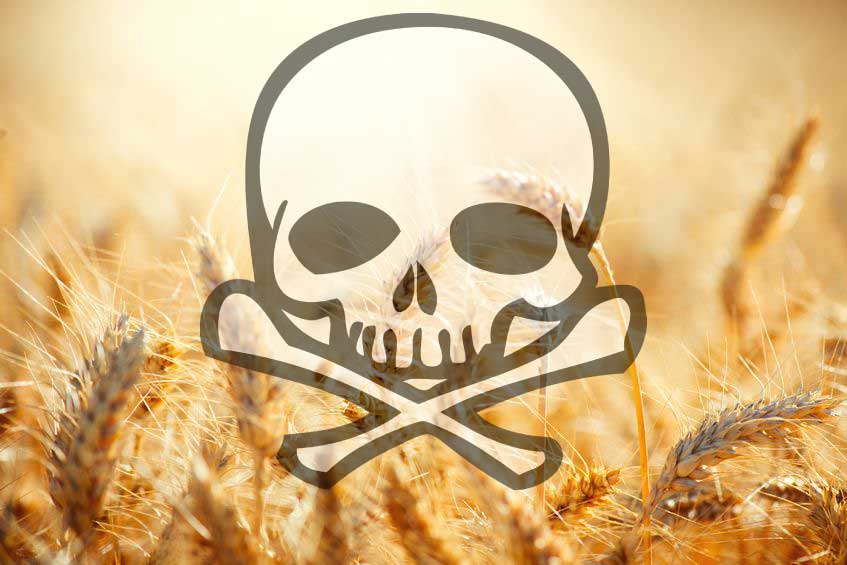 A New Reason Why Wheat and GMOs Can Destroy Your Health

This article is copyrighted by GreenMedInfo LLC, 2017

A new study indicates that wheat contributes to the growth of pathogenic bacteria in our gut, adding to growing concern that GMO foods are doing the same.

A new study published in FEMS Microbiology Ecology titled, “Diversity of the cultivable human gut microbiome involved in gluten metabolism: isolation of microorganisms with potential interest for coeliac disease,” has revealed something remarkable about the human gut bacteria (microbiome). Some of the extremely hard to digest proteins in wheat colloquially known as “gluten” (there are actually over 23,000 identified in the wheat proteome) were found metabolizable through a 94 strains of bacterial species isolated from the human gut (via fecal sampling).

This discovery is all the more interesting when you consider that, according to Alessio Fasano, the Medical Director for The University of Maryland’s Center for Celiac Research, the human genome does not possess the ability to produce enzymes capable of sufficiently breaking down gluten.

As reported on TenderFoodie in interview:

“We do not have the enzymes to break it [gluten] down. It all depends upon how well our intestinal walls close after we ingest it and how our immune system reacts to it.”

The new study helps to fill the knowledge gap as to how humans are capable of dealing with wheat consumption at all.  As we have analyzed in a previous article, The Dark Side of Wheat, the consumption of wheat is a relatively recent dietary practice, stretching back only 10,000 years – a nanosecond in biological time. We simply have not had time to genetically adapt to its consumption (at least not without experiencing over 200 empirically confirmed adverse health effects!).

If bacteria in our microbiome extend our ability to digest physiologically incompatible foods – or at least tolerate them to the degree that they don’t outright kill us – then this may explain why there is such a wide variability in responses to gluten and why the health of our microbiome may play a central role in determining our levels of susceptibility to its adverse effects.

Another provocative finding of the study is that some of the strains capable of breaking down the more immunotoxic peptides in wheat, including the 33 amino acid long peptide known as 33-mer, are highly pathogenic, such as Clostridium botulinum – the bacteria that is capable of producing botulism. As we discussed in a previous article on Monsanto’s Roundup herbicide (glyphosate) contributing to the overgrowth of this pathogenic strain of bacteria in animals exposed to GMO feed,

There are several implications, therefore, of this finding. First, the consumption of wheat preferentially favors the growth of pathogenic bacteria in the gut. Second, given that much of the Western diet now contains Roundup herbicide contaminated food, including wheat – where Roundup is used as a pre-harvest dessicant, virtually guaranteeing it is contaminated with it despite being non-GMO – there is likely an amplifying effect of this pathogenic bacteria in those who consume both wheat and GMO food. This may help to explain why the mass introduction of GMOs over the past decade has contributed to the explosion in diagnoses of gluten sensitivity.

Additionally, a recent article by Dr. Kelly Brogan, MD, discussed how the hunter-gatherer microbiome is conspicuously low in the Clostridium bacteria family, based on research into the modern hunter-gatherer Hadza gastrointestinal flora. This study indicates that for much of our evolution – the vast majority of it – Clostridium was not present in significant quantities in our bodies, likely because their diet did not encourage it.

From the perspective of our ancestral microbiome, modern humankind has become almost a new species due to our reliance on novel new ‘foods’ like wheat and agrochemical contaminated GMOs that have contributed to the development of a relationship with strains of bacteria that were alien to us, for some populations, even 100 years ago. The microbiome genome is 95% larger than our genome – containing 2 million protein coding genes versus only 23,000 for the human body alone. The shift towards pathological strains may have to do both with a radical change in the human diet to a grain-based — and particularly wheat-based diet – and, again, the ever-expanding consumption of Roundup herbicide laden foods.

So, what does this mean?  Where do we go from here?

Fundamentally, this study indicates that wheat is not something that we want to eat. It forces our body to become inhabitants of strains of bacteria that we have never before needed to occupy our bodies, and which are capable of doing great harm. While some of the strains that degrade gluten are non-pathogenic (e.g. 39% were from the mostly beneficial Lactobacillus family), taken as a whole, the discovery that a variety of Clostridium strains (as well as related potentially pathogenic strains from genuses such as Klebsiella and Staphylococcus) thrive in a wheat-based diet, and adding in the fact that GMO foods further contribute to their overgrowth, it seems that the pathway towards optimal health requires the elimination of both.