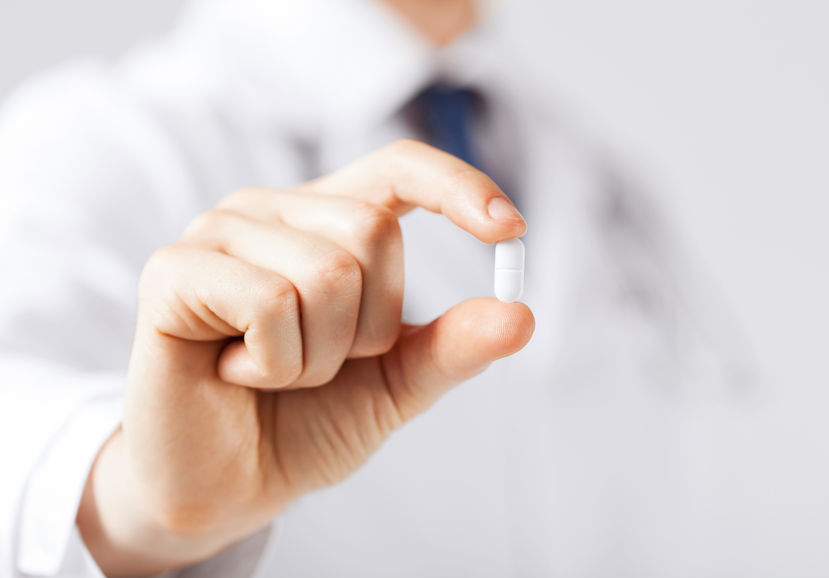 This article is copyrighted by GreenMedInfo LLC, 2018
Visit our Re-post guidelines

Bayer’s headaches don’t stop with Monsanto-related buyer’s remorse. Their most iconic pharmaceutical — aspirin — which they once marketed as a ‘wonder drug’ is now being revealed to have no benefits to older adults, and may even cause significant harm.

I’ve been writing about the underreported dangers and overstated health benefits of aspirin for some years now. Sometimes it feels like swimming upstream, given how often mainstream reporting and thinking associates so-called “low-dose” aspirin usage with some kind of ‘wonder drug’ for the prevention of cardiovascular disease. But the truth is now catching up to this marketing hype, as evidenced by this recent ABC news headline: “Daily aspirin may be harmful for healthy, older adults, large study finds.”

According to the new report, healthy patients, 70 and older (65 for blacks and Hispanics), experienced no health benefits from taking aspirin. This is based on research published last month in the New England Journal of Medicine, titled, “Effect of Aspirin on Disability-free Survival in the Healthy Elderly.” As summarized by a Forbes article advising older, healthy adults to “Toss Your Aspirin”:

“A major study conducted in the United States and Australia that enrolled about 19,000 healthy adults, 70 years and older (65 years and older for blacks and Hispanics in the United States), found that an enteric-coated, aspirin that is similar to the dose of a baby aspirin increased the risk of death, did not reduce the risk of heart disease or disability or dementia or cancer. In fact, the increase in mortality was attributed primarily to cancer. And those taking aspirin also had an increased risk of bleeding. Overall there was nothing in the plus column for aspirin. And no benefit was found in any particular subgroup.”

The study’s co-author Dr. Anne Murray, a geriatrician and epidemiologist at the Hennepin Healthcare Research Institute and the University of Minnesota, Minneapolis, was quoted as saying:

“We knew there would an increased risk of bleeding with aspirin, because there has always been…But not only did it not decrease risk of disability or death, it did not decrease the risk of heart attack and stroke, and there was an increase in the rate of death.”

Why and How Does Aspirin Cause Harm?

The obvious problem with aspirin is that it’s actually not a natural substance, comprised as it is of xenobiotic chemicals alien to the human body and its delicate metabolism.  In my previous article on the topic, “The Evidence Against Aspirin And For Natural Alternatives,” I discuss this in detail:

“As far back as the 5th century BC, the Greek physician Hippocrates wrote about the use of a bitter powder extracted from willow bark that reduced fevers and eased aches and pains.  Native Americans also used an infusion of willow bark for similar purposes. What was this remarkable “healing” principle within the bark that relieved disease?

Known as salicylic acid (from the Latin salix, willow tree), this pain-killing compound is widely distributed throughout plants, where it functions as a hormone.  The more vegetables and fruits you consume, the more likely you are to have a physiologically significant concentration of salicylic acid in your blood. This is why, for instance, vegans and vegetarians generally have higher levels than most grain- and meat-based consumers. [1]

The chemical acetyl-salicylic acid, commonly known as aspirin, is a synthetic form of salicylic acid, a compound which is formed when salicin, a bitter compound naturally found within plants like white willow bark, is broken down within the human body. Salicylic acid can also be synthesized endogenously from benzoic acid, and its urinary metabolite, salicyluric acid, has been found to overlap levels in patients on low-dose aspirin regimens. Cell research indicates that salicylic acid compounds (known as salicyclates) actually compare surprisingly well to aspirin in reducing inflammatory activity.[2]

While salicylic acid is found naturally in plants as salicylates, acetyl-salicylic acid does not exist in nature, is not formed as byproduct of natural salicylate consumption,[3] and is produced only through industrial synthesis. For example, this is one method of synthesis:

Acetylsalicylic acid is prepared by reacting acetic anhydride with salicylic acid at a temperature of <90 deg C either in a solvent (e.g., acetic acid or aromatic, acyclic, or chlorinated hydrocarbons) or by the addition of catalysts such as acids or tertiary amines.”[4]

Also, the chemical modification of natural salicylic acid with an acetyl group results in the acetylation of hemoglobin,[5] essentially chemically altering the natural structure-function of our red blood cells and subsequent hemodynamics. In essence, aspirin, a semi-synthetic compound, makes the blood tissue itself semi-synthetic.

This could be why aspirin has been linked to such a broad range of unintended adverse health effects, including but not limited to:

We have a section on our database dedicated to indexing the under-reported, unintended adverse effects of aspirin, related to 50 diseases which can be viewed here: Aspirin Side Effects. We also have a section which indexes research on natural compounds studied to prevent, reduce or reverse Aspirin-Induced Toxicity.

According to US EPA statistics, up to 500 thousand pounds of the chemical was produced in the United States in 1998 alone.[17]  Millions the world over take it for pain relief, including your typical headache, but also for the prevention of heart attacks and stroke.

Taking a “baby aspirin,” i.e. an 81 mg dose, is considered safer — which it is relative to a 325 mg “adult dose” – but is known to cause widespread and significant gastroduodenal damage.  A study published in 2009 in the journal Currrent Medical Research & Opinion titled, “Gastroduodenal toxicity of low-dose acetylsalicylic acid: a comparison with non-steroidal anti-inflammatory drugs,” found the following:

“Data suggest that ASA causes significant gastroduodenal damage even at the low doses used for cardiovascular protection. These effects (both systemic and possibly local) may be pharmacodynamically distinct from the gastroduodenal toxicity seen with NSAIDs.”[18]

Data suggest that ASA [aspirin]causes significant gastroduodenal damage even at the low doses used for cardiovascular protection. These effects (both systemic and possibly local) may be pharmacodynamically distinct from the gastroduodenal toxicity seen with NSAIDs.[21]

Hemorrhagic side effects, in fact, are one of the greatest challenges facing those who use aspirin for prevention.  By taking a drug which prevents clotting, aspirin can work too well, resulting in bleeding disorders or events, some of which may be life-threatening, even lethal.”

If Aspirin is So Dangerous and Ineffective, What’s the Natural Alternative?

With tens of thousands dying each year from opioid drug overdose, and with thousands more succumbing to the cardiotoxicity of commonly used NSAID drugs like ibuprofen, it is important for people to know about one natural alternative to aspirin that has been studied to be far superior both in safety and effectiveness, and which may have over a dozen significant side benefits. That substance is pycnogenol, or French maritime pine bark extract.

A 1999 clinical study published in Thrombotic Research found that when habitual smokers were given either 500 mg of aspirin or anywhere between 100-200 mg of pycnogenol, the pycnogenol group experienced equivalent platelet aggregation inhibiting effects but with much lower bleeding times:

“Thus, smoking-induced enhanced platelet aggregation was inhibited by 500 mg Aspirin as well as by a lower range of 100-125 mg Pycnogenol. Aspirin significantly (p<0.001) increased bleeding time from 167 to 236 seconds while Pycnogenol did not.These observations suggest an advantageous risk-benefit ratio for Pycnogenol.”

This is a highly significant finding, as aspirin-induced bleeding can result in significantly increased morbidity and mortality. To learn more, read my article on the topic: The Powerful Aspirin Alternative Your Doctor Never Told You About.

To learn more about the toxicity of aspirin use our research database on the topic:

Disclaimer: This article is not intended to provide medical advice, diagnosis or treatment. Views expressed here do not necessarily reflect those of GreenMedInfo or its staff.
© September 17, 2018 GreenMedInfo LLC. This work is reproduced and distributed with the permission of GreenMedInfo LLC. Want to learn more from GreenMedInfo? Sign up for the newsletter here http://www.greenmedinfo.com/greenmed/newsletter.