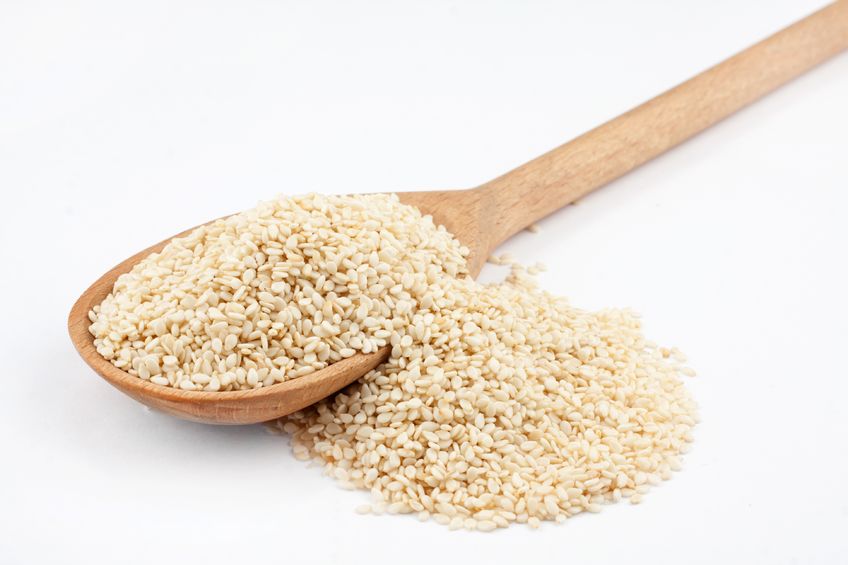 This article is copyrighted by GreenMedInfo LLC, 2018
Visit our Re-post guidelines

Given the growing body of scientific support on its health benefits, sesame would be just as at home in a medicine cabinet as it would be a kitchen cupboard.

Sesame (Sesamum indicum) is one of the oldest cultivated plants in the world, prized as an oilseed for at least 5,000 years.  While it is beginning to regain favor due to its exceptionally high calcium and magnesium content, few realize it is also one of the most potent medicinal foods still commonly consumed today.

In fact, its history as a medicine goes back 3600 years to Egyptian times where it was listed in the scrolls of the Ebers as a favored medicine.  Also, women in ancient Babylon were believed to use a mixture of honey and sesame seeds (havla) to prolong youth and beauty, and Roman soldiers ate the mixture for strength and energy.

In the past twenty years, a glut of scientific information has poured in demonstrating that sesame seed, and its components, have over one hundred potential therapeutic applications which you can view at on the GreenMedInfo sesame research page.  Given these new revelations, it would seem that sesame would be just as at home in a medicine cabinet as it would be a kitchen cupboard.

Here are just 10 evidence-based medicinal properties of this food-medicine:

Sesamin’s anticancer effects have been linked to the NF-kappaB signaling.[16] Sesame’s lignan content my actually be superior to flaxseed — a fact first reported via the GreenMedInfo newsletter.

Sesame deserves to be recognized, along with garlic, honey, turmeric and a select few other substances, as an easily accessible and affordable food-medicine that, if consumed regularly, could quite possibly save lives. Learn more about the amazing healing properties of common foods at the upcoming premier of REMEDY, a docuseries that focuses on the discovery of ancient medicines for modern illnesses. Save your complimentary spot here.

Disclaimer: This article is not intended to provide medical advice, diagnosis or treatment. Views expressed here do not necessarily reflect those of GreenMedInfo or its staff.
© August 27, 2018 GreenMedInfo LLC. This work is reproduced and distributed with the permission of GreenMedInfo LLC. Want to learn more from GreenMedInfo? Sign up for the newsletter here http://www.greenmedinfo.com/greenmed/newsletter.